How Dallas Can & Will, Defeat The Packers!

I’m sure you’re all asking, how can the Cowboys win on Sunday vs the Packers? We’re in a must win game and who do we face? Aaron Rodgers! To think we made Jared Goff look good last week. Lets dive into the keys to victory, many of which apply to any game, but let’s find one’s specifically tailored against our opponent too. 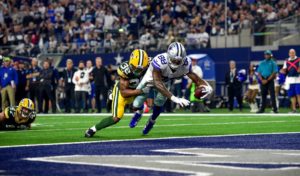 This is a “must game” for the Cowboys! They have to defend the home field at some point, so lets start now. I’ve given 16 points that they need to address in order to win this game. Win, control or minimize damage on most of these points and the Cowboys can win this one. At home, the fans gotta be loud & proud! I’ll take the Boys, 34-30.

Guess Who’s Coming To Dallas? The Pack is Back!
Will Garrett Ever Learn? He Wasted Another Super Effort By Dak!