Drafting for Need or BPA? 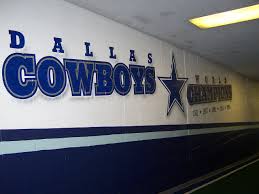 What lies ahead as the Boys head towards the draft. Lets break that down a little and see where we are. Do they draft for need or best player available on their board? There are so many factors that affect the decisions on draft day and free agency has complicated things a little. For the boys are we better off with the second best offensive tackle at 28 in a weak OT year or do we take the 5th best DE, or the 4th best CB, in a very strong CB market? Remember Matt Cassell? Well we lose our 5th round draft pick for the pleasure of having him under center in 2015. I’m still gagging on that deal, a gift that keeps on giving. Lots to do in the draft and we’re without a fairly valuable pick. We don’t have any compensatory picks coming our way this year. None! Next year we may get a basket full of compensatory picks with the loss of as many free agents as we did. The key to drafting is staying true to your board, not reaching, yet whenever possible grabbing your positions of greatest need. No easy task.

We’ve now seen four starters on the back end leave via free agency in the last two weeks. Church, Wilcox at safety with Mo & Carr at the corners. We back filled one corner with Nolan Carroll. If you’ve read my posts, you know I want CB’s drafted regardless of who we signed or didn’t sign. Strong class, get me two in the draft! I won’t back off that. The safety class this year is also looked upon as a strong and plentiful one. We already have Jeff Heath who may be ready to step up. We know he’s got some ball skills and hands that can haul in a few errant passes. We’ve paid big bucks to other D backs and get few, if any INT’s. Is it time to give Heath a greater role? He’s not the thumper that Wilcox was, but he takes better angles on tackles and in general is just way more aware out there. I don’t want to hear that Bisaccia wants first dibs on Heath and to limit his snaps on D! We carried & developed Kavon Frazier last year and its time to get a fair look at him and see if he’s capable or not to hit the field. We were torched for three years with Wilcox, who also played 30 yards deep, let’s give Kavon a serious look.

The Doug Free retirement, which isn’t 100% official yet has to be factored into the draft plans. If he does retire, there are decisions that have to be made. Can they get Free to play out his contract for one more year? Or do they go with Chaz Green, if he’s healthy enough to suit up? Knowing where he is health wise may affect the decisions on various levels. Or do they make the move they’ve done their level best to avoid and that’s to kick La’el Collins out to RT? Next consideration is are they in a position that they “must” draft a tackle in this draft, that my sources. have as the weakest of virtually all positions? The signing of Jonathan Cooper was probably a good depth pick but who knows they may start him at LG if Collins kicks out to RT. Not a preference as I think Collins is better on the inside then outside. He tends to lunge and that could get him more exposed on the outside, which is probably why they’ve resisted this option to this point. Collins gets in trouble when he dips his head, its over at that point. If I’ve seen it, they’ve seen it!

After the news on Geoff Swaim, TE becomes a position that needs to be looked at. Escobar is a free agent but he was never a good fit in Dallas. Hanna was lost all of last year and there’s no indication he’ll be ready for mini camp. We won’t worry about the guy wearing 82 on his jersey. But who’s the back up to 82. that is healthy? Scuttlebutt has Swaim’s surgery as the same as Dez had for his foot and that took over a year to heal properly. Do we pluck a TE in this draft ready to step in and play? Say OJ Howard at 28? I could be talked into that one, no need to twist my arm! Don’t know that they feel Rico Gathers is ready to see actual snaps, but all I read or heard was that Romo & Gathers were wearing out our starting defense in practice. He’s progressing, but unlikely that he’d be “trusted” to get game snaps in 2017. Sometimes I struggle with the time it takes to develop players. Heck I’d have my Jr. Pee Wee’s (8 to 10 yr olds) up to 50 plays, within a month, these are grown men. C’mon, let’s coach em up!

We probably need another LB’er but that’s the least critical need. In the event that Jaylon Smith can play with or without the brace, then we can fill a valuable spot at the Mike. We have Lee, Hitch, Mr. Paintball (Damien Wilson) & Kyle Wilbur. The team likes Nzeocha, but he’s yet to get meaningful snaps to make a legit assessment. Not seeing a real need here, while others are pushing for a banger in there.

We lost Lance Dunbar, but he’s not really a great loss, he was more a luxury item. He was either out injured or got so few snaps that we can make up for that, simply by letting Zeke stay in on 3rd down. Net gain to me! We quietly resigned McFadden who is a 3 down back that can run, block or be an outlet pass receiver. Don’t get me started on Darius Jackson, I’m not getting over that one anytime soon!

Now we went into the offseason with DE being the #1 need in the eyes of well, just about everyone following the NFL. If they grabbed two or three DE’s in the draft the faithful would be dancing in the streets. Last years 4th round pick, Charles Tapper may actually see the field this year and give them a new fresh body on the edge. Myles Garrett is not an option so stop dreaming!

Where do we stand now after almost two weeks of free agency? I’ve just shown you positions of obvious need as we keep moving ever closer to the draft. Ideally, the team should follow their board and they will have many tough decisions to make. We as fans don’t see that as clearly as we probably should. Selecting players is a tough business. Take the highest rated player on your board at a position that you’re well covered at, doesn’t always make sense. We sit at 28 and its interesting to note that rarely does a team have more than 18-20 players with actual 1st round grades. Selecting at 28 means we’re compelled to take someone in the 1st round that unlikely has a 1st round grade from our scouts. Will it be the best player on the Boys board or will it be a position of need or both?