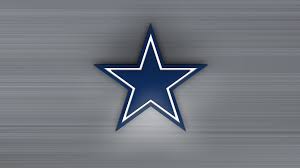 A long time member of the Cowboy faithful, MRICH has a question for us, to classify a 99.75 yard TD dash as a 100 yard run. Here’s his question for this topic:

“Maybe an article on how the NFL should allow 100 yard runs, and how Dorsett’s 99 3/4 yarder should be considered a 100 yard run. If the ball was that close to the goal line, it probably should be classified that way. I mean, if you’re inside your opponent’s 1 yard line, and score a TD, it counts as a 1 yard run. If you’re 99 3/4 yards away from your own end zone, and break a TD run (like Dorsett did) shouldn’t that be considered a 100 yard run?”

Here’s a few seconds of footage of one of the greatest RB’s in the NFL. Tony was truly special and had an incredible explosive first step. He’d be at top speed going in a heartbeat, one of the greatest foot in the ground and go guys, I’ve ever seen.

Some #33 game footage that aired before my Super Bowl interview with the @nflnetwork. Enjoy your weekend, everybody. @BrianFootballAM pic.twitter.com/7o4aLSEh9H

I’ve tried locating arguments to support the position but thus far I’m not locating anything, but I’ll keep trying. Let’s try for arguments sake to deal with this topic that’s been raised. FYI, there have been thirteen, 99 yard TD plays and only the one running play of 99 yards by Dorsett. Can anyone take the position to support MRICH’s desire to change this methodology for calculating the yardage?