Only This Game Matters, There is No Tomorrow! 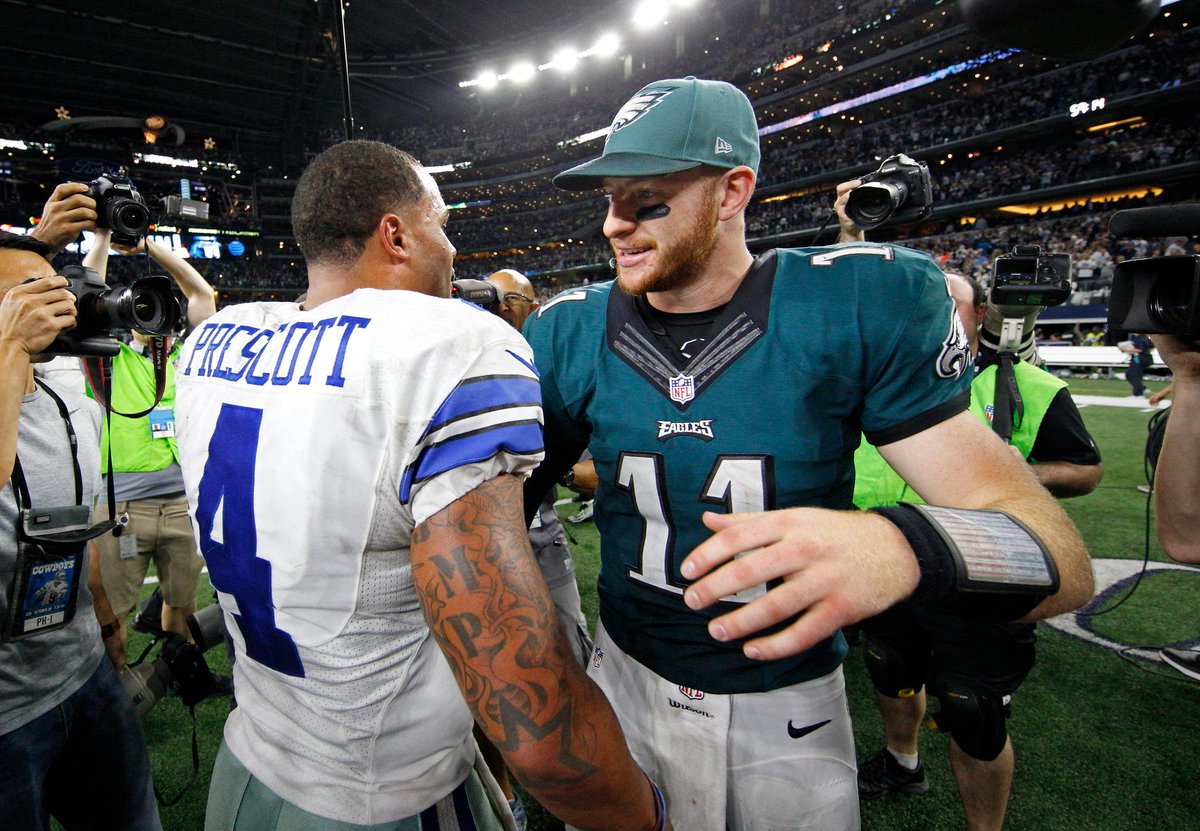 Look who’s coming to town! As fierce a rival as there is, yes the Eagles are coming to town for a Sunday night showdown on NBC. Philly’s coming off a bye week, well rested and healthy to face our Cowboys and they come in with the best record in football. Worse news is they are a full three games in front of Dallas. None of this is good news for the Cowboys. We read and write each week about the games importance, a must win game. Do I need to hype the need to win this game for you? Dallas has put themselves in a position where, as Apollo Creed once said to Rocky, “there is no tomorrow”! A victory by the Cowboys keeps them in the playoff hunt and a slim chance of retaining the NFC East title. A loss and the chances of keeping the NFC East title are slim and none. The Cowboys have lost NFC divisional games to the Packers, Atlanta & the Rams, making even a wildcard spot a tough task. They have one foot on the banana peel in their quest for a playoff shot, going into this game. The stakes can’t get much higher.

That about sets the stage is set on how important this game is! All the momentum is on the side of the Eagles with the great start they’ve had to the season. For the most part, they did just enough to win a few of their games, including one with a 61 yard FG as time ran out against the Giants. The just got past the Chargers too.

The Eagles, do have a formidable defense and that concerned me since last season ended. They were the team, I was most concerned with. The second team that concerned me was the Giants, but that expectation fell off the rails pretty fast. Life of following the NFL as it doesn’t take much for teams to rise or fall. Philly has a really strong defensive front. We saw what happened last week in Atlanta with the one trick pony, Adrian Clayborn, but these guys have players like Fletcher Cox who have a bigger bag of moves to their game. They play their DE’s very wide, the Wide 9 as they call it and our tackles have to be moving quickly this week to minimize the impact. Can’t have their feet in cement getting off the snap, like last week on the blind side. After last weeks debacle at the one position, who even is the starter this week? Part of me says it will Chaz Green, as he’s really the better player when compared to Byron Bell. But where’s his head & technique after last week? If things start well for him, the Boys can play their game on offense. If not, then they have to go to Plan B and adjust the blocking to help him or pull him altogether. Things won’t get better with Bell, so this is a problem that’s not going away anytime soon. Smith missing the Eagles game tells me, that he’ll be out on Thanksgiving Day as well with the hope to bring him back 10 days later.

The injury to Sean Lee, much like Smith will likely keep him out until at least after the Thanksgiving game too. I wrote a piece the other day citing the depth issues the team faces with the loss of four Pro Bowl players. Each one of the absolute best at their respective positions, Sean Lee, Tyrun Smith, Ezekiel Elliott and Dan Bailey. The loss of Lee alone has proven this year to be an Achilles heel for this team. There really isn’t an adequate substitute for him. Instead of attacking the opposing offense, we’re playing in defensively, more passively and getting torched in the process. We have two major problems confronting us in the loss of Smith & Lee. A few weeks ago, we wouldn’t be all concerned about the Eagles running game, but they went and added Jay Ajayi in an amazing trade with the Dolphins. Now they have a legit runner and home run threat at the position. Carson Wentz is having a really good year, much in the fashion that gDak did last year. Winning all the close ones and taking apart teams in other games. If Dallas can make a Trevor Siemien look great, what will they allow with Wentz? We have to be concerned.

Given the two major holes that have been scorched in recent weeks, I don’t see anyway for the Cowboys to win this game. Just being honest and I’m sure that each that read this see the same holes and share the same concerns. That being said this is the NFL and the Cowboys have other great players, led by players like Dak, Dez, Lawrence & Witten. Every man has to step up and do his job and this can still be a winnable game. The coaches, have to step their game up. Find ways to shore up the run defense and force Wentz to unload the ball early. That’s a good start on defense. Offensively, chip, scratch and claw on the outside with the tackles and get the running game doing just enough to create manageable third downs. Dak has to raise his game a notch and compel his receivers to do the same. Not sure why the refs only see our offensive line holding but we have to use better technique to keep the hands inside and not blow up drives with penalties. No game is a defeat in the NFL if you fight for the full sixty minutes. This is an NFC East game in our house, now play like it and this game can be won by the Cowboys.

Its a special Sunday with the returning players from 1992 and eight HOF Cowboy former players will be receiving their Ring of Excellence at halftime. I’d feel better for the outcome if I had Larry Allen at LG, Rayfield at LT, my man Randy White at DT paired with Mr. Cowboy, Bob Lilly. Go ahead pick TD or Emmitt at RB and we can’t leave out Michael running a few routes or just being the motivational leader on the sideline. Ah, to remember the greats we’ve had the distinct pleasure of watching their work. Wish you all could have seen Bob Lilly in his day or a Mel Renfro on the outside. To each of the HOF’ers and the 1992 team, thanks for the memories!

Getting Blind Sided in Atlanta, Exposed Team Depth!
It’s Thanksgiving and We Know What This Team Is & Isn’t!