The Case for Cooper Rush! 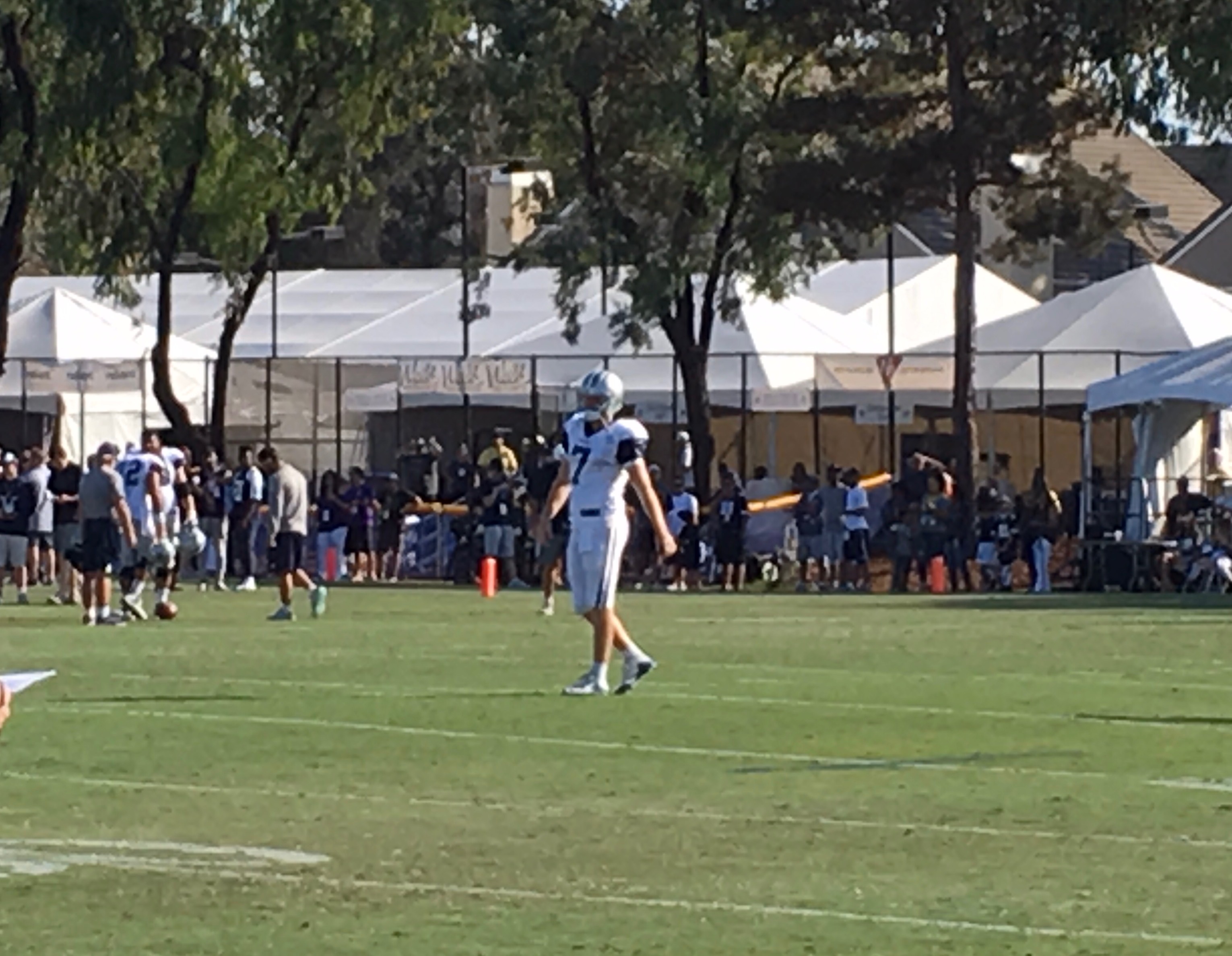 Different night, same results for Cooper Rush! He’s certainly making the decisions at Valley Ranch excruciating ones and that’s what training camp is supposed to be all about. Garrett speaks all the time about creating competition, the best player at a position, etc.  Well, if that’s really true and he’s not just blowing smoke up our shorts, then has Cooper Rush done enough to make Garrett & Linehan take a seriously hard look at the back up QB position? On one hand, we know there’s a value to a veteran QB in the NFL. Teams are starving for starting QB’s and when it comes to the back up, the herd is paper thin.

There’s no way that I want to see 3 QB’s on the 2017 roster! Especially when we wouldn’t want to see two of them ever take a meaningful snap. A spot on the 53 is sacred. We need to keep players that provide solid depth at various positions and we’re obviously juggling the rosters after weeks 2, 4 & 6, due to suspensions. We have to keep as many quality players that will be on the 46 each week and a 3rd QB will not fill one of those spots. Its a luxury we can’t afford.

In watching the twitter universe during the game, its safe to say that the majority of tweets I read, that “Moore is Less and Less is Moore” was the common theme. People were clamoring for Rush to come in and get things rolling again following the fumble and the failures on 3rd down.

Now for the Case for Cooper Rush as the back up!

The Case Against Cooper Rush

Ok, now the follow up to the question on what would be the outcome of releasing Moore or Cooper, as it raises a myriad of questions. Two years ago no other team had any interest in Moore when he became a free agent. Has anything changed based on the tape he’s put out there during his time with the Cowboys? There was the one game against the Redskins that stands out, but is that enough that anyone snaps him up? When I was at camp ten days ago, his lack of arm strength really had me concerned. By contrast after three games, we’re not seeing any way that Rush makes it through waivers.

It’s a real dilemma, that your proclaimed veteran back up, Moore, is a player that no other NFL team likely wants. Yet your #3 QB stands a greater chance to be claimed or even the possibility a team dials up Jerry for a trade. Does anyone find this telling on what options you need to consider?

Would you be willing to waive Moore at the end of camp and take the chance that if an injury happened that you could bring him back at a later date? Would you take that risk or find another back up QB who’s languishing on the couch waiting for a call?

The teams public position is likely to be that Moore’s our guy, but behind closed doors one has to believe that a discussion is taking place. These are coaches that got where they are by being talented observers of talent & ability. Will McClay & the scouts are likely to be brought in for their evaluations of Moore & Rush. This position battle will linger for another ten or so days but these discussions will take place! There are two more games to be played and they will be pivotal in the final decision. Rush may only get a quarter next week or its possible he gets the whole second half. The final preseason game he’s likely to get the full sixty minutes.

We shouldn’t expect any drastic change being announced tonight or in the coming days. We hear the, “it’s a process” with the Cowboys and this is surely the case here.

Tonight’s QB stats were provided by David Helman and in his usual style states, that no further commentary is needed. That sums it up well for all of us!