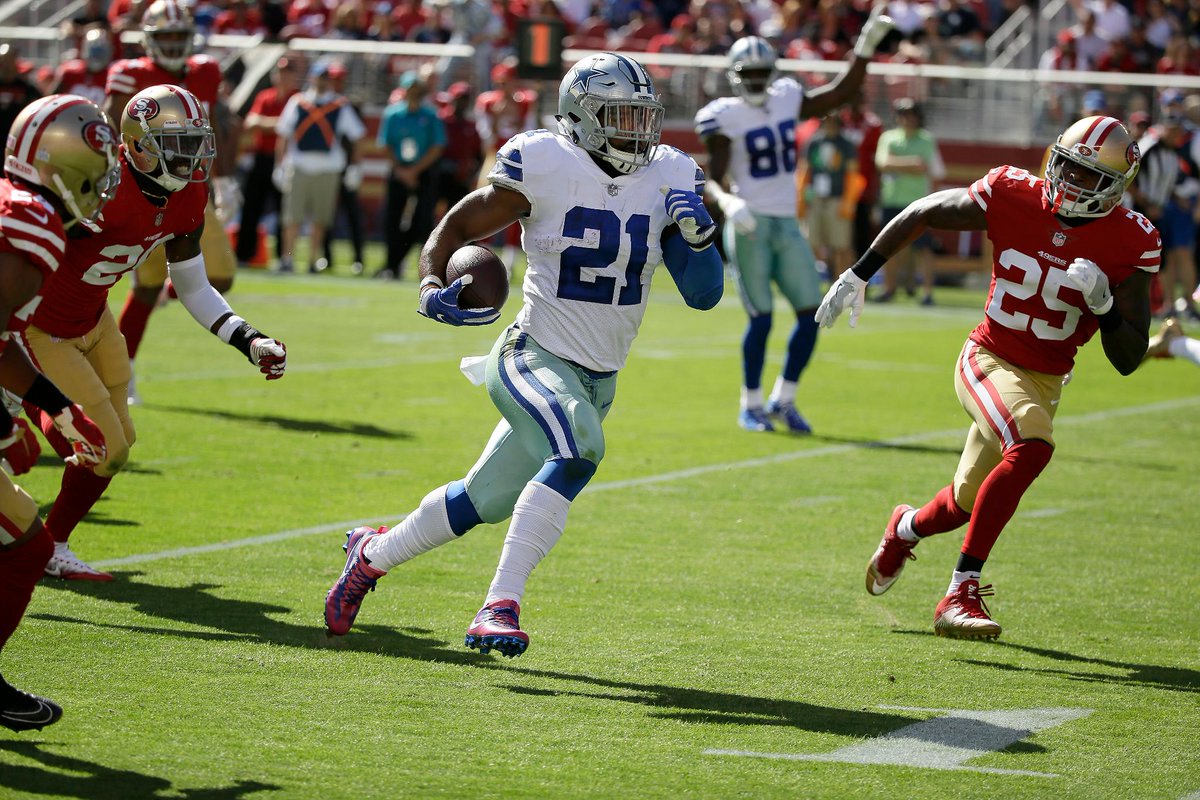 I’m sure you’ve all heard Zeke’s in the building again! He’s actually allowed to be back. It’s got to be wearing on him, his family, the team, coaches & one special owner! This wasn’t a win on any legal issue, its just a stay until an actual hearing can be held. By now, we should all be aware that this isn’t so much about Zeke, but rather its the NFL (Goodell) holding onto the CBA giving him carte blanche ability to drop the hammer with or without due process, facts, interviews, etc. The NFL doesn’t want to lose what they fought for in the last CBA (Collective Bargaining Agreement). If you want to read my takes during the summer there are several blogs written that can be found under “Player News”. He’s being made an example of and regardless of how flimsy the case or non case, it was to show the politically correct that he wouldn’t get a Ray Rice type suspension. Let’s leave it there and get to the game.

This game now has a totally new perspective in this battle, but there’s not that much of a difference in what to do to get the victory. Yes, I’ll have my top issues to win this game, but it is the easiest way to win and its in sync with how the Dallas Cowboys are built. It’s all about the running game. With Zeke in the lineup I’m seeing a fairly high scoring game here.

Whichever team hits these marks the best gets the W. But sometimes its that mojo or added motivation spurs a team onto victory.

I started the week figuring that KC has played better than Dallas, week by week and s/b the favorite to win this game. I felt that it would take a few possessions for the offense to find its rhythm but now, that a non issue. Yes, we have to be concerned with Hill, Hunk, Smith & Kelce but there’s only one Zeke. Based on a reported boost of excitement in the locker room when Zeke walked in, just might be that little something extra that pushes them to their best game of the season. Cowboys 41-34 ……

“It seemed like a little burst of adrenaline in this team when I came in the locker room [today]."