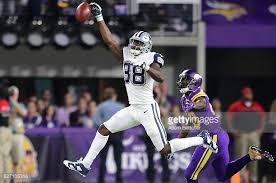 It’s really hard to select “the” best player in camp thus far, but there are several that qualify. This is based on what we saw in Oxnard with a splash of two preseason games.

You take this group of players and just have to have a ton of respect for them as premier players of their day, at their positions.

Have to go with Chidobe early and then maybe Noah Brown the last two weeks. Too many rookies out with sore hammy’s for them to be judged. Taco looked better in the Rams game, we can hope that upswing continues.