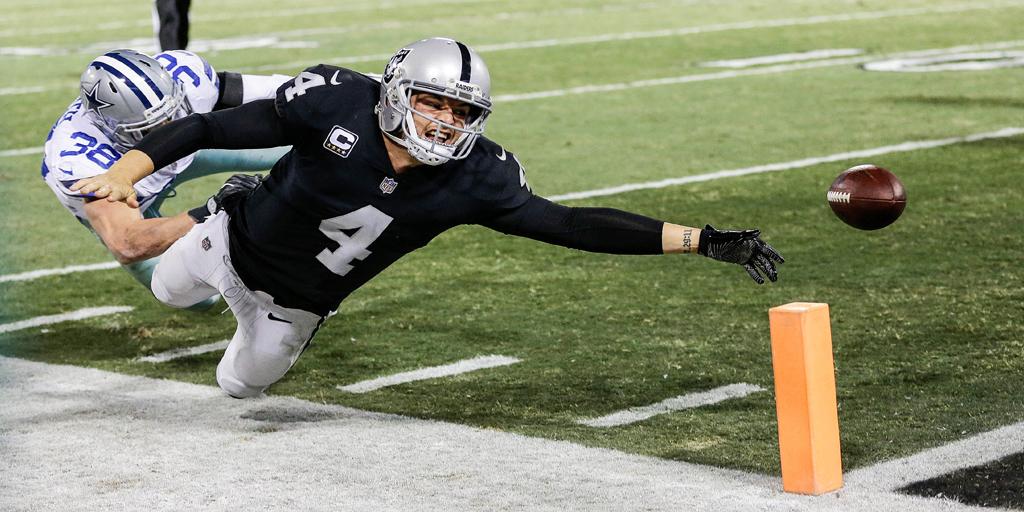 This was a whale of a game, drama till the final few seconds, that surely had Cowboys fans cringing in the last minute of the game. I had our guys winning this game by 4, 23-19, so a 3 point win at 20-17 played out about as I expected. When you’re desperate for a win, you have to pull out all the stops, just can’t always wait for things to happen. While I’m not one to agree often with Jason Garrett he took some bold chances and fortunately they both paid off. The game turned in the third quarter, with 4:45 left in the quarter. On 4th and 11 from the Dallas 19 a big play changed the game. When there is no tomorrow, Garrett gave the go ahead to the special teams unit & Chris Jones to take off, in what was a 24 yard gain for a first down. The Cowboys had been totally ineffective through the majority of the third quarter. It took a holding call to bring back the TD kick off return by Corderelle Patterson to start the second half. 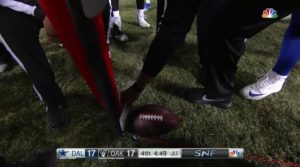 After this gutsy call the Cowboys worked their way downfield for a TD and a 17-10 lead. Dak punched it in himself for the go ahead score. Oakland responded to tie the game and the two teams were all square with fifteen minutes to play. The Cowboys drive that started with 6:30 left in the game is then the drama got cranked up. At the 5:35 mark on 3rd and 10, Dak finds Witten for 9.5 yards, leaving a 4th and less than a yard from the Dallas 39! Decision time! Fail to make it and you’re vilified as a head coach, make it and you have a chance to win the game. I fully supported the move, but honestly, it was a huge risk with a plenty of time on the clock. But Garrett wanted/needed the “W”. What did surprise me and can’t say I agreed with the formation, was that they went with an empty backfield. Making it obvious that if you’re running the ball that Dak is carrying the ball, while it became a possibility that it would be a bootleg and his option. They went for the ole QB sneak and after spotting the ball, an NFL first happened. The ref, Gene Steratore used a piece of paper to slide between the stick & the ball. The paper bent ever so slightly giving the Boys a desperately needed 1st down. Talk about “paper thin”, wow! The photo above doesn’t do it justice, but you can see its a slimmest margin ever for a 1st down!

If you remember this ref, he’s the one that was at the Dallas/Green Bay game in 2014 with the “no catch” call against Dez and the Boys. Actually it was Dean Blandino who hosed the Cowboys that day. Back to the action, it was two plays later that Dak found Dez down the right sideline for a 40 yard gain to the 5 yard line. First and goal! Three running plays got Dallas to the 1 and they settled for a FG with 1:44 left in the game. I’d have liked to have seen a little more creativity on those last three plays but the defense had looked real strong on the back end for most of the game.

Carr got the Raiders up to their  own 30 and then had three incompletions. One of which was a break up by Anthony Brown. Then on third down, Carr hits Brown as he under cuts the route and he was unable to haul it in. Now its 4th and 10 and on one of those under thrown balls, Jourdan Lewis ran thru Crabtree for a 55 yard “pass interference”., putting them at the Dallas 15 with about 50 seconds left. On 2nd down, Heath made a nice break up in the end zone with 39 seconds now remaining. This sets up the play of the game! It’s now 3rd and 3 from the 9 and Carr drops back to pass. He then rolls right under heavy pressure from Lawrence & Taco and he takes off for the pylon on the right. Carr dives from the four yard line where he’s met by a diving Jeff Heath. The Cowboy safety meets him in mid air at the four and Carr is extending out to reach the pylon but the contact by Heath shakes the ball free. It flies into and out of the end zone for a touchback. When the dust settled and our hearts returned to beating normally it was officially ruled a touchback.

There were several players that stood out in this game. For one, overall the Dallas secondary did a very good job overall. They had 7 pass break ups on the night, led by Anthony Brown with 3 of those. As the season progresses we’re seeing the guys on the back end breaking up pass attempts with greater frequency, something that’s been missing for years, actually light years. The pass rush didn’t often get any pressure on Carr, so that was concerning to me. When they did get some pressure on him, he was able to escape and get to the outside, where he was able to make several key plays. 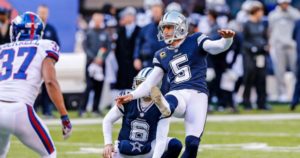 As we all expected the real Dan Bailey showed up and he connected on his FG’s. But it was the big play from Chris Jones that ignited a lethargic offense in the third quarter. Where the special teams was shaky was that with Bailey’s kick offs not reaching any depth in the end zone, Patterson was bringing them out, If not for holding calls, Dallas would have been in big trouble in this game.

The offense came out strong at first. They ran the ball pretty well with Morris getting 26 yards on his first three carries, on the first drive. Terrance had three receptions on this same drive, great start, right. Then on a puzzling play from the Oakland 35, Dak targeted Dez and it seemed that Dez pulled up on the ball and it was pretty easily picked off. Their second drive led to a FG and on the third possession, a sweet play to James Hanna for 31 yards, highlighted the drive as they jumped to a 10-0 lead. Several possessions later, Dak threw another pick when his arm was hit by a rushing Bruce Irvin. A wounded duck went up and Oakland, who’d had 2 INTS all season, had 2 in one game by the same player, no less.

The offense struggled in the second half as the Raiders were shutting down the running game. Didn’t help that Tyrun Smith went out with a knee injury. The inability to run the ball as they did earlier in the game, compelled Garrett to take risks that he wouldn’t ordinarily.

Now for the good news! Dallas gets to add a player to the team, that has a pretty decent resume for a player in just his second year. Supposedly, this unnamed player, can run like the wind, cut on a dime, bang it when necessary and an uncanny ability to turn nothing into something and for kicks can cross the end zone on a frequent basis. A player that changes the way games are played and easily one of the best at his position in the entire NFL. Let’s end the suspense for those who aren’t familiar with the fact that his six week exile is officially over on Monday morning! Welcome back Zeke!

Keeping the Dream Alive vs The Silver & Black!
Seabirds Flying In, Can The Boys Pluck Their Feathers!